These Week 11 NFL picks would like to say these are not my NFL picks. Somebody else voted for them.

The things said in these NFL Picks are deeply offensive to me. The Cleveland Browns are going to win? Really? Insult my intelligence some more, why don’t you? 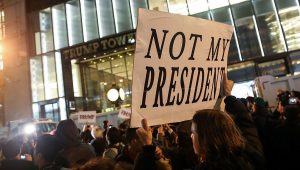 So yeah, I am protesting in the exact same way that those Tea Party people protested eight years ago when these NFL Picks said that the Cleveland Browns were going to win.

Could it be that we have more in common than either of us think?

Nah, that couldn’t be. That would disrupt my entire belief system as well as the income streams of the cable news networks that feed me and those on the other side our belief systems. The Browns can only stink because the other side is at fault. That’s the rules.

So okay, I’ll stop protesting. I am willing to give the crazy man a chance to make the Cleveland Browns great again.

Wait a minute, he just appointed who?

I’m going back into the streets because, frankly, I am terrified of whatzgonnahappen.

This column is sponsored by clean coal, and safe war.