These week 16 NFL picks have given you each vodka for Christmas. You are going to be a big hit in third grade, Jimmy! I did this because each one of you is a Cleveland Browns fan. 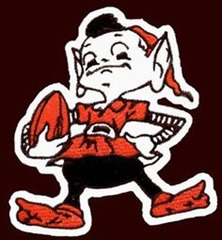 I can hear you, Jimmy. No, it’s not illegal for you if no one finds out. Just don’t tell your teacher. Do you think Johnny Manziel told his coach he never read the playbook? Of coursse not, Jimmy. Go to school like a Brown!

Just say you decided to be outgoing in January. That’s all she needs to know. One other thing, Jimmy. If you think of Johnny Manziel, don’t vomit when the room starts spinning.

Now, Grandma, of course I’d love to hear you sing “Born To Be Wild.” And yes, the Johnny Manziel jersey helps. In fact, I need a video of this.

And Bob, my least favorite cousin, family member, and human being, I love you. But if you tell me once more, while wearing that Steelers jersey, everything you learned on FOX News, you get no more vodka from me. It’s the Steelers jersey that offends me the most. No touch with reality, dude. You are a moron. I love you! Idiot.

So while you each open your Christmas vodka and we begin our tradition of screaming at each other like my nine ex-wives scream at me and scream at each of their nine ex-husbands, I’d like to thank all of you who I love so much to remember the passionate immortal words of NFL commissioner Roger Goodell: “I didn’t see anything.”

CHARGERS AT 49ers – I am really psychic on these games that have already happened. I bet nobody notices how accurate I really am. Chargers 38, 49ers 35

BROWNS AT PANTHERS – Madison Avenue has this as Money sign versus Superman. But this is more than branding. Last week, Johnny Manziel looked like an 8th grader getting chased by convicted felons. This week, he eats a Snickers bar. Browns 30, Panthers 20

LIONS AT BEARS – Jimmy Clausen? Nice try Bears. Sure, it’s Christmas and all, but he’s not Santa Clausen. Lions 31,Bears 6

RAVENS AT TEXANS – Unless JJ Watt is playing quarterback, which he really should, this gets ugly fast. Ravens 26, Texans 9

FALCONS AT SAINTS – Both defenses are given the day off as a Christmas present. Saints 44, Falcons 43

CHIEFS AT STEELERS – All I want for Christmas is for the Steelers to lose. Chiefs 27, Steelers 20

PACKERS AT BUCCANEERS – This is an important game for both teams. The Packers want to win for their push to the playoffs and the Buccaneers want to lose in their push for the draft.  Mission accomplished. Packers 27, Buccaneers 20

GIANTS AT RAMS – Odell Beckham Jr. performs a performs a triple flip with a half twist on his first touchdown pass as an ode to competitive diving. He’s also a fan of figure skating. Giants 24, Rams 23

COLTS AT COWBOYS – It has been shown that once Andrew Luck throws a pick six, he’s warmed up. Colts 42, Cowboys 41

BILLS AT RAIDERS – With only a season or so before they move to Los Angeles, Raiders fans get a victory in Oakland. Raiders 10, Bills 9

BRONCOS AT BENGALS – Andy Dalton knows how to lose prime time games as well as anyone. Broncos 26, Bengals 13

This column is sponsored by Humbug.