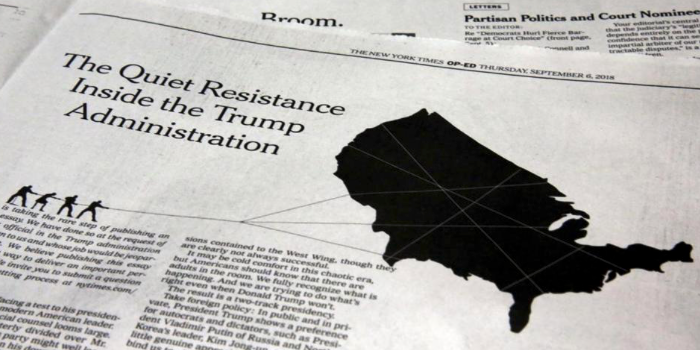 Week 2 NFL Picks By An Anonymous Insider With A Lodestar

My name is Anonymous. I am a senior administration official at Whatzgonnahappen and I trying my best to make these Week 2 NFL Picks not appear like they were written by a moron without a lodestar.

Who these days, other than the coach of the Buffalo Bills, doesn’t have a lodestar? That would be like not having a cellphone. I actually keep my lodestar next to my cellphone, for easy access. Doesn’t every American?

While everyone watching anything other than FOX News knows that these week 2 NFL Picks were, in fact, written by a unhinged crazy person, you should rest easy knowing that I and many senior officials of this website are working diligently on the inside to thwart the Prognosticator’s worst instincts.

We  are occasionally successful. Before we intervened, he planned to predict Nathan Peterman was going to be a star. We stopped it just in time. We also stopped his prediction of a 100-year dynasty for the Cleveland Browns. That’s about it.

Most of his worst tendencies seem to go unchecked. And he has really bad tendencies, holding pointless grudges endlessly. He still insists Bill Belichick is a terrible football coach because Belichick cut Bernie Kosar and his diminishing skills more than two decades ago. 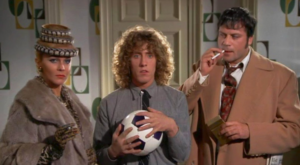 When we, after consulting our lodestars, are not calling him a moron or an idiot, we call the Prognosticator “Tommy,” from The Who’s rock opera because he seems deaf, dumb and blind. Especially dumb.

The root of the problem is his sheer stupidity. Meetings with him veer off topic and off the rails, he engages in repetitive rants and his impulsiveness results in half-baked, ill-informed and occasionally reckless decisions that have to be walked back. And he always complains that the Browns don’t throw enough bombs. He loves bombs.

The idiot who writes these Week 2 NFL picks is not moored to any discernible principles when it comes to evaluating what he thinks will happen. This dumbbell wishes stuff to happen and then tells everyone that it will, OFTEN IN ALL CAPS! And we, the senior officials, are left to clean up the mess.

For instance, after picking the Lions to destroy the Jets, the Jets, in fact, destroyed the Lions. He says that the Jets win is fake news. Publicly, we senior officials vigorously defend the position that the Jets did not beat the Lions. 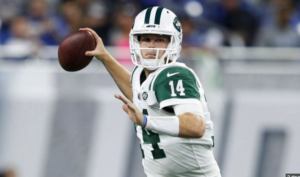 The Jets won… not fake news.

But Americans can feel good that, behind the scenes, we senior officials, each with a lodestar, are doing everything we can to convince the Prognosticator to read the damn intelligence reports and admit that the Lions actually lost to the Jets.

In fact if you ask me and I can remain anonymous, I will say in print that the Jets beat the Lions last week.

This is not the work of the so-called deep state. It’s not deep throat either. It’s more like… we know we are in deep shit.

Mine is a quiet resistance because… Shhh, I’m afraid of whatzgonnahappen.

PANTHERS AT FALCONS – Of these two 8-8 teams of destiny, maybe the Falcons win more. Falcons 22, Panthers 12

TEXANS AT TITANS – Bill O’Brien coaching against Mike Vrabel makes one wonder whether Bill Belichick is a mad genius enough to make sure all his opponents have inferior head coaches. Texans 17, Titans 13

COLTS AT REDSKINS – What “Omaha” was to Peyton Manning, “Golly Gee” is to Andrew Luck. Colts 24, Redskins 23

CHIEFS AT STEELERS – Big Ben meets a younger more talented version of himself. But Ben, having tied the powerhouse Cleveland Browns, has more savvy. Steelers 27, Chiefs 24

EAGLES AT BUCCANEERS – Ryan Fitzpatrick is actually capable of two good games in a row, or even half a season of superb quarterbacking. Thus, the wheels don’t fall off just yet. Buccaneers 24, Eagles 13

DOLPHINS AT JETS – Madison Avenue is selling off of one game against the Lions, but I am not buying. I still say he is Flushing Sam, not the next Broadway Joe. Dolphins 25, Jets 3

CHARGERS AT BILLS – Either the people running the Buffalo Bills are geniuses, or else everyone else in the world was right when they said Josh Allen needed to sit a season. Chargers 38, Bills 3

VIKINGS AT PACKERS – Aaron Rodgers walks on water, according to Vikings coach Mike Zimmer. After the game, a reporter logically asks if it is true and why his Dad created giraffes. “The neck,” said Rogers. Packers 34, Vikings 21

BROWNS AT SAINTS – Tyrod Taylor is going to outplay Drew Brees, and yes I like this tequila. Browns 30, Saints 27

LIONS AT 49ers – Matt Patricia wonders what in the names of Romeo Crennell, Charlie Weiss, Eric Mangini and Josh McDaniels is going wrong with his plan to be the next Bill Belichick. 49ers 37, Lions 10

CARDINALS AT RAMS – Sam Bradford retirement speech should include the phrase, “I am the luckiest man alive.” Rams 28, Cardinals 13

PATRIOTS AT JAGUARS – While Tom Brady has not aged in a decade, this Sunday he adds a couple of years. Jaguars 30, Patriots 10

SEAHAWKS AT BEARS – There is a young kid in Chicago who swears Kahlil Mack is better than Dick Butkus ever was. Seahawks 15, Bears 10

This column is sponsored by the 3,000 rolls of  paper towels that President Trump forgot to throw in Puerto Rico.