I was born in a crossfire hurricane
And I howled at my ma in the driving rain
But it’s all right now, in fact it’s a gas
– The Rolling Stones

These week 6 NFL picks contain approximately zero lies about my fish-fornicating opponent. He is lying when he says the Cleveland Browns are 0-5. That’s baloney!

Speaking of baloney, these week 6 NFL picks are served plain on white bread by my elf-like twitchy media assistant, Skippy. We call it, “The Lance Armstrong” and serve it at my opponent’s rallies. My opponent’s lies are worse than my lies about the Miami Dolphins. My opponent likes fish, that is well-established. 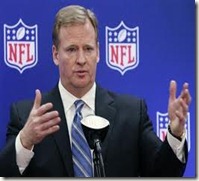 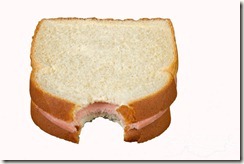 Some say this is the meanest NFL prognosticating campaign week ever because the Browns just lost. Some said that last week when the Browns lost, and some said it the week before when the Browns lost. It’s despicable, the things my opponent brings up. My opponent still thinks Scott Fujita should be suspended for being on the Cleveland Browns. This is literally unbelievable.

I usually and probably don’t ever lie about how NFL commissioner Roger Goodell likes to eat live koala bears while they are looking him in the eyes any more than he would make stuff up, and I won’t. I won’t… maybe. Maybe not. I’ll ask my focus group.

My focus group of 50 drunks in a bar unanimously said that anyone picking the Cleveland Browns to win every week is a moron with less brains than a bag full of rocks.

So the bag full of rocks I have at home gave me an idea. Well, not my own idea. I don’t have any of those. But I took a poll – actually I had a nerd race – and Americans want us predictors to scale down the meanness. Even though my opponent is fighting dirty by using facts, I am going to be nicer, simply using my version of honesty. You ready?

My opponent has a messy desk. I even see a half-eaten baloney sandwich on it. See, I can do an attack ad and not be too mean.

Oh one more thing. His desk is also messy because of the fish.

I approve this message, and I approve whatzgonnahappen.

STEELERS AT TITANS – Chris Johnson breaks ground on the Chris Johnson Museum and Gift shop,while the Steelers play as if Titans don’t have a defense. Steelers 34, Titans 18

COWBOYS AT RAVENS – I hate the Ravens more, but I’ve hated the Cowboys longer. Ray Lewis fatally loses a cockroach eating contest by attempting  to eat himself, but Ray Rice is the better ray. Ravens 31, Cowboys 10

BENGALS AT BROWNS – Joe Haden slips some Adderall to Brandon Weeden and the interceptions disappear. Scott Fujita, who called out the bully Roger Goodell, is suspended for life for conduct detrimental to Roger Goodell’s making stuff up. But first, he has four sacks and an interception. Browns 30, Bengals 15

RAMS AT DOLPHINS – By the time Sam Bradford has weapons, he’ll be fishing with Jim McMahon. Dolphins 17, Rams 13

BYE AT BEARS – The Jay Cutler lobotomy is a pay-per-view event.

COLTS AT JETS – Please please bring in Terrell Owens. Go get William Haynesworth. Heck, break O.J. Simpson out of jail and put him with Tebow. I want to see Rex Ryan to go all Bobby Valentine on us because that really is fine entertainment. Colts 31, Jets 9

RAIDERS AT FALCONS – The Raiders new slogans are Just Lose Baby, and Commitment to Eh, Whatever. Falcons 33, Raiders 20

LIONS AT EAGLES – If I made apple turnovers, I would buy advertising for this game. Eagles 34, Lions 19

BILLS AT CARDINALS – Mario Williams thinks he sees himself on a side of a milk carton but unfortunately it’s inside of a grocery sack and he couldn’t get it. Cardinals 25, Bills 21

VIKINGS AT REDSKINS – Remember when Robert Griffin III looked like the best quarterback in the league? Neither does he because football is a dangerous game and things change fast when you are the quarterback of a doomed franchise. Vikings 20, Redskins 18

PACKERS AT TEXANS – Everything points to the Texans. But I am a contrarian, this is any given Sunday, and the Packers are pretty good even if they are what their record says they are. Packers 31, Texans 28

—
This column is sponsored by President Obama’s debate coach.