Somewhere over the rainbow
Way up high
There’s a land that I’ve heard of
Once in a lullaby
– Harold Arlen & E.Y. Harburg

The obvious solution to America’s problems is to repeal the 2010 NFL season, and start the race to the 2011 NFL Conference Championship games over again.

Favorable ratings for this NFL season are down to four cities. That’s not a majority of Americans. That’s elitist.

What about the Patriots? Must the Patriots go the Super Bowl Store like everybody else? And the Saints? My God, they are Saints! 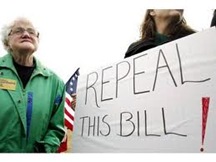 Conference Championship games without representation are tyranny. My favorite team is not represented. I am calling for second-round draft choice solutions. Would you like some tea? Oh I’m sorry, I threw the tea in the ocean. Have some tap water.

I actually want to repeal the season because I am in favor of the public option to go to the Super Bowl. I am a poor Cleveland Browns fan. It’s clear that my team is not going to make the Super Bowl without public assistance.

If America shows some responsibility and reaches out and helps, someday my favorite team will win the Super Bowl. Repeal the season! I want my NFL back to how it was in the 1950s.

PACKERS AT BEARS – General Lee and General Grant would be on different sides. The history books say that Lee was a Cheesehead. The Hatfields and the McCoys would certainly root for different teams. And while the Midwest quakes like an artery full of bratwurst, the opening quarter will belong to Jay Cutler and the Chicago Bears. And so will the third quarter. By the fourth quarter, Aaron Rodgers will discover that the ghost of Brett Favre hasn’t left completely. Matt Forte goes up the middle more than a groom on his wedding night. Bears 24, Packers 21

JETS AT STEELERS – Ben Roethlisberger and Rex Ryan conduct a foot etiquette seminar in the locked bathroom of a Taco Bell. Afterward, both agree that the fantasy was better than the awkward reality. After Troy Polamalu returns Mark Sanchez’s third pass for an pick-six touchdown, Sanchez settles down. Ben Roethlisberger never looks comfortable all game, and he underthrows Mike Wallace as if he was Morley Safer. Meanwhile Sanchez has two key third quarter throws to Braylon Edwards and Santonio Holmes to set up Midtown Manhattan limousine ride, I mean a touchdown. Jets 20, Steelers 17

BYE AT BROWNS – What are these playoffs you speak of? I am sorry, I am not from your country.

This column is sponsored by an investment from China.