Week 12 NFL Picks By An Immigration of Browns Fans

These week 12 NFL Picks have come to America with a dream to see the Cleveland Browns win the Super Bowl. Thankfully, the Prognosticator of the United States of America has issued an executive order to make my dream come true.

So here I am in America, working the job you wish you had if you had really dumb wishes. I came here from the old country, and I do the hard work – what needs to be done. No one else would lower themselves to root for the Cleveland Browns for the last 20 years as I’ve done. People walk by and laugh. So what, I think. I am in America. 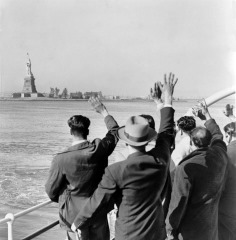 But now, by executive order, the Cleveland Browns are going to win the Super Bowl because of something called The Dream Act. I love living in America because I watch FOX News, which is a defender of all immigrants who got here two hundred years ago and most immigrants who got here 100 years ago. Two hundred years ago is when the Cleveland Browns last won an NFL championship, according to my Texas schoolbook, from which I learn everything.

CHIEFS AT RAIDERS – This would be a trap game if it weren’t the Raiders, who are just trapped. Chiefs 24, Raiders 17

BUCCANEERS AT BEARS – Lovie Smith and Josh McCown against Jay Cutler is a bad idea for a television show. Bears 23, Buccaneers 20

LIONS AT PATRIOTS – This will be closer than some think. The Patriots defense and running game are clicking, but Tom Brady’s off days still worry me. I see a late Matthew Stafford mistake. Patriots 27, Lions 22

BROWNS AT FALCONS – Josh Gordon is back. Yes, I live on a grassy knoll but I smell a Johnny Manziel appearance this week. Welcome to the future. Browns 31, Falcons 26

JETS AT BILLS – I favor the Bills running game in seven feet of snow. Bills 13, Jets 10

JAGUARS AT COLTS – Andrew Luck is beginning to feel the weight of expectations, and the bigger weight of the tradition of Colts teams with no defense. Still, these are the Jaguars. Colts 38, Jaguars 13

TITANS AT EAGLES – I am going to go out on a limb and suggest that Zach Mettenberger versus Mark Sanchez is not a matchup we’re going to be talking about for years to come. Eagles 30, Titans 17

BENGALS AT TEXANS – Ryan Mallet is who you think he is, and Andy Dalton is that too. So who is more like that? Brain teasers such as this make my brain hurt, until I remember that JJ Watt is the best player in the game. Texans 23, Bengals 20

CARDINALS AT SEAHAWKS – The Cardinals look unstoppable. The Seahawks look incredibly vulnerable. But this is November, the season of upsets. So it is an upset for the vulnerable Seahawks to lose at home? No. That’s why they don’t, proving that logic ain’t logical. Seahawks 31, Cardinals 28

DOLPHINS AT BRONCOS – So Peyton Manning stinks and the Dolphins are awesome, right? Well, this is the lock of the season. Broncos 42, Dolphins 20

REDSKINS AT 49ers – If RGIII is selling a product, I’m not buying. Advertisers must be thrilled. 49ers 20, Redskins 10

COWBOYS AT GIANTS – As long as the rubber bands and Elmer’s Glue holding Tony Romo’s spine together hold up, the Cowboys should be good. Eli Manning writes a best-selling book called, “Intercepted.” Cowboys 38, Giants 19

BYE AT STEELERS – LeGarrette Blount opens a store in Colorado. Of course he does.

This column is sponsored by Palm Tree Envy.