Hi, I am Senator Ted Cruz and I believe the Cleveland Browns should trade Buster Skrine to Philadelphia so he can be Philly Buster. Let me keep talking. 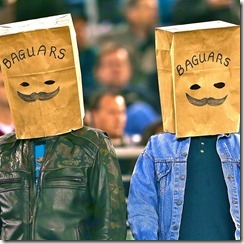 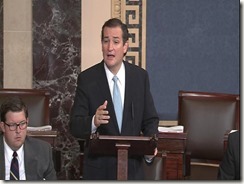 I am talking because I believe, like all real Americans, that the Cleveland Browns should be allowed to play in the Super Bowl without having to win any more games. My request is perfectly reasonable in my opinion. Other opinions, to me, are weird.

So when I talk about nonsense, I can make it seem like sense. I just keep talking and once  you are numb enough to get hypnotized, you’ll be as angry as me. Yet I appear to be the most reasonable man on Earth. Just ask me.

Look, I never get my way. So I’ve finally decided to do this. I don’t care if I shut down the NFL.

Oh, you do? I can shut down the government, but not the NFL. Wow, you people are real Americans.

At this point, I don’t care whatzgonnahappen.

49ers AT RAMS – Colin Kaepernick has gone from the model quarterback of the future to a guy who was a questionable second round draft pick. Didn’t it used to be the other way around? Rams 23, 49ers 20

RAVENS AT BILLS – The Bills already begin thinking about the quarterbacks in next year’s draft, and how nice it is in Los Angeles. Ravens 20, Bills 10

CARDINALS AT BUCCANEERS – In his first start, Mike Glennon will throw for 400 yards and five touchdowns. It will be the only good game of his career. Buccaneers 38, Cardinals 31

STEELERS AT VIKINGS AT LONDON – This smells like an international incident, the kind of intentional toxic attack that clearly crosses Obama’s red line. Steelers 10, Vikings 6

GIANTS AT CHIEFS – The Chiefs are rolling. The Chiefs are at home. The Giants look lost. Yes, looks like an easy win for the the Giants. Giants 27, Chiefs 16

COLTS AT JAGUARS – Blame Gabbert is back, but I blame luck. Colts 40, Jaguars 9

SEAHAWKS AT TEXANS – I’m selling on the Texans. “Forever mediocre” should be the new slogan. Seahawks 22, Texans 17

BENGALS AT BROWNS – The best way to improve the passing game in the modern NFL is to remove the running game. That’s why the Trent Richardson trade was so brilliant. Browns 60, Bengals 10

BEARS AT LIONS – “The Bears are going to the Super Bowl,” said the guy who sold me the bridge. Lions 20, Bears 19

EAGLES AT BRONCOS – Chip Kelly and Philadelphia is going to be a fun marriage to watch, as fast-paced train wrecks usually are. Broncos 51, Eagles 25

COWBOYS AT CHARGERS – Sure, the Cowboys can win in hostile territory, if you can call San Diego hostile. Cowboys 34, Chargers 21

DOLPHINS AT SAINTS – What’s that music they like in New Orleans? Oh yeah, the funeral march of the Dolphins undefeated season. I love the trumpet solo. Saints 41, Dolphins 30

BYE AT PANTHERS – Several Panthers say they are better able to use the bathroom without Rod Chudzinski around.

This column is sponsored by a pre-existing condition.