These Week 9 NFL Picks are bought to you by Peace On Earth, which, just like the Cleveland Browns defense, does not exist.

But since I am Peace on Earth, I have made a ruling in the Russian Airliner disaster, which was, in the words of David Cameron, “more likely than not” caused by a bomb. 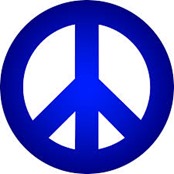 That should work, right?

And since we are Peace On Earth, we need to address the saddest peaceful place on Earth, a place with an actual factory of sadness, manufacturing reams sadness on a weekly basis.

But to the rescue of the city of Cleveland comes one Jonathan Q. Football, better known as Johnny Football, who is the kind of hard working, hard drinking hero a town like Cleveland needs. Wait, Cleveland’s hero doesn’t drink? All its fans do. Ah, no wonder the factory of sadness is the last factory still standing in town..

BROWNS AT BENGALS – Many people said when Johnny Manziel was drafted that he needed to sit a while. Step one is complete. It’s time for some prime-time magic, running the play “Tequila, Whiskey, Budweiser 40-ounce, rolled-up bill, snort right on three” Works every time. Money sign! Browns 42, Bengals 41

RAIDERS AT STEELERS – Ken Stabler and Terry Bradshaw would recognize this one. Steelers 32, Raiders 31.

JAGUARS AT JETS – If the Jaguars can lose this game, they have a great chance to win their division. Jets 22, Jaguars 10

TITANS AT SAINTS – Drew Brees sure plays pretty good for a washed up guy. Seven touchdowns. Okay, sure his defense gave up six touchdowns. But still, seven! Saints 50, Titans 39

RAMS AT VIKINGS – Adrian Peterson passes the torch to Todd Gurley, prompting many to ask Peterson what was he thinking by carrying a torch on the field. Vikings 24, Rams 20

DOLPHINS AT BILLS – Rex Ryan begs Joe Philbin to try to get his job back. Dolphins 26, Bills 17

REDSKINS AT PATRIOTS – The Patriots Chief Nefarious Affairs Officer puts Icy Hot in the jockstraps of the Redskins, and bubble gum in their shoes. Patriots 62, Redskins 10

PACKERS AT PANTHERS – I think I like the Panthers to do a big bit of growing here against a team that may want to doublecheck expectations. Panthers 30, Packers 23

GIANTS AT BUCCANEERS – Defense players are stopped by security and not allowed in the stadium. Giants 50, Buccaneers 42

BRONCOS AT COLTS – Peyton raises one finger to Jim Irsay to let him know that he is number 1. Andrew Luck throws five interceptions. A janitor is blamed, and fired. Broncos 37, Colts 13

BEARS AT CHARGERS – Because his teams stink, no one in the future will remember how great Philip Rivers is. Heck, most now don’t know. Chargers 35, Bears 33

BYE AT RAVENS – Ray Lewis revisits to promote his new autobiography, “The Wire.”

BYE AT TEXANS – Ryan Mallett is still trying to figure out what plane he was supposed be on, and in fact, what team.

BYE AT CHIEFS – Andy Reid plays poker and asks about the wild card.

This column is sponsored by Paul Brown & Bill Belichick, both fired by the Cleveland Browns.