Would your billionaire friends do that? 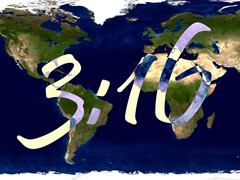 Anyway, it’s off to South Carolina, where it is my turn to finish second in a Republican primary. I am running on an evangelical platform, because I have blind faith that a winning Cleveland Browns team can solve all of America’s problems. I am also running on a pro-capitalism platform, because I believe America’s future depends on how many Chinese jobs American companies can create before the Cleveland Browns win a Super Bowl.

Sure, I am a one-issue candidate. My friends in the Palmetto State can soon expect to be seeing attack ads on all teams in the NFL that are better than the Cleveland Browns, which is pretty much every team. While I like being able to fire people at least as much as Mitt Romney, I wonder where was Bain Capital after the Browns finished 4-12. It’s enough to get me to channel my inner Newt Gingrich. Are you scared yet?

Meanwhile, I recently rented out an entire wing of a hospital to give birth to an idea I call Brown & Orange Ivy. What does it mean? It means these picks have as much chance of being correct as an Iranian nuclear scientist has of driving home. Sure, it’s a long shot, but if any make it home, we’ll find out whatzgonnahappen.

SAINTS AT 49ers – When the Saints march into San Francisco… oh heck, they’re not marching, they’re flying. And that’s why I don’t trust old songs. . Drew Brees, who can do anything, tosses a Boeing 747 in the air and later it touches down. So last year, the Saints traveled to Seattle and lost to the 7-9 Seahawks. This year, the Saints have to travel west again, only their opponent this time was 13-3. It’s a bit more challenging and the Saints outdoors are not the same as the indoor Saints. But I’ve thought all year the 49ers were a mirage. At the end of the game handshake, Jim Harbaugh kicks Sean Payton in the knee.  Saints 31, 49ers 19

BRONCOS AT PATRIOTS – This is just freaky. Last month, I ate 316 donuts and then Tim Tebow won a playoff game. I also went to the john for 3.16 minutes on the day Tebow won a playoff game. (Yes, I use a timer.) Coincidence? While there was plenty of divine inspiration last week for the Fighting Tebows, the playoffs against the Patriots should be a different story. Sure, the Patriots have a pathetic defense, but Tom Brady was given a lot more skills from his creator than was the Broncos quarterback, whatsthisname. Brady was also was given more weapons from his coach, Beelzebub. Patriots 36, Broncos 20

TEXANS AT RAVENS – While Tim Tebow is the story of the NFL, the real quarterback miracle is that third string rookie selected last year in the fifth round of the NFL draft, T.J. Yates, is about to take his team to the AFC championship game. Ray Lewis will play inspired football before he is mistaken for an Iranian nuclear scientist. At that point, the Texans running game takes over. Arian Foster reminds me a bit of O.J Simpson, the football player. Texans 20, Ravens 16

GIANTS AT PACKERS – I just found out that if you do the discount-doublecheck touchdown dance in public, it’s considered an obscene gesture in my town. So while nobody knows the trouble I’ve seen, I expect Aaron Rodgers to see a bit of trouble coming his way in the form of the Giants pass rush. The Giants also have some serious playmakers and a quarterback playing almost as well as Rodgers. Of course, almost only counts in horseshoes and hand grenades. It should be a fun shootout, the game of the weekend, and in the end the best team wins. Packers 40, Giants 30

BYE AT BROWNS – This is a pretty even matchup. In the end, the Browns won’t lose. Barely.

This column is sponsored by the state slogan of Mississippi, “Get out of jail free.”